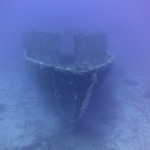 The Liberty was the first of the new wrecks to be sunk in the Protaras and Ayia Napa area.  The Liberty was saved from scrap and turned into an artificial reef for divers and to help bring marine life back to area.

The Liberty wreck sits in 27m of water to the seabed with the shallowest part being at 22m so this makes it perfect for a first wreck dive or as part of the Advanced Open Water Course.

The Liberty Wreck is 37m long and 8m wide and sits upright on the seabed. The Liberty has 2 easy swim throughs dropping in through one of the door like openings on the ships deck and exiting through the large cargo loading hatch. 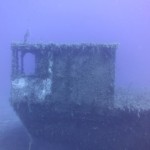 The Liberty was and old Russian cargo vessel carrying frozen products as her cargo.

The Liberty was sunk in May 2009 and just days after she went down marine life started to appear on the wreck and the first and most impressive was the quid eggs thousands of eggs all over the wreck.

The Cyprus Diving Centre was lucky enough to be one of the first divers on the wreck and although the wreck was stripped down to just a basic hull and with almost everything taken off of her she is still a fantastic dive.

The sinking of the Liberty came with a promise of more to come and there was a lot of speculation to what would be next, More Wrecks artificial reefs and a promise of a no fish zone and a protected area. 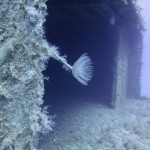 The Liberty can dived on her own or as part of a dive package or as a platform before diving The Zenobia.

For more information about diving the Liberty Wreck or on dive packages email us thecyprusdivingcentre@gmail.com

Dive The Liberty Wreck with The Cyprus Diving Centre!