The Zenobia Wreck in Cyprus

Diving the Zenobia in Cyprus

One of the most famous wrecks in Cyprus is the Zenobia. In fact, the Zenobia wreck is actualy listed as one of the best wreck dives in the world and if you ask any diver who has dived it, you will understand why. This page is designed to provide a simply overview of the Zenobia and will hopefully help answer a few question that you may have.

What Is The Zenobia

The Zenobia is a swedish built vessel that was originally built in Malmo on the  south west  coast of Sweden. The Zenobia then sank off the shores of Cyprus and is now one of the major dive site in Cyprus.

When Did The Zenobia Sink 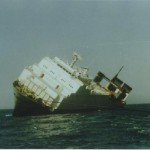 In May 1980 the Zenobia left port with a full cargo on board, heading for her destination of  Tartous in Syria.

There are many stories surrounding  The Zenobia Ship Wreck and how she came to rest at the bottom of the Mediterranean  sea just off the coast of Larnaca in Cyprus. The most popular story is that the vessel had encountered computer failure with one of the ballast tanks and once the vessel had started to list to her Port side, instead of opening the Starboard Ballast tank, the computer opened the Ballast on the Port side which then made the vessel list even more. As a result, The Zenobia then struggled to make its onward journey and barely managed to limp into the port at Larnaca. However, the vessel did eventually manage to reach port and once it had done so, was examined by a Computer Expert who was given three days to find the fault and fix it. After the third day, the Computer Expert still could not find the fault but the owner of The Zenobia ordered the ship set sail despite the fault not being fixed as it had a schedule to keep.

Whilst the vessel was in Port, engineers had managed to rectify the list but once The Zenobia had left the safety of the Port in Larnaca, the vessel once again began to list. As The Zenobia left the Post of Larnaca, the angle of list had become worse and as a result, all the cargo on board The Zenobia slipped to Port side causing the list to become beyond repair.

On 06 June 1980, The Zenobia was towed out of the Port in Larnaca and out of the main shipping lanes. It was then anchored approximately 1.5klms off shore and was left there until a decision could be made as to what to do with it. However, during the night, The Zenobia sank to her final resting place at 42 meters at the bottom of the Mediterranean sea.

There are several stories about The Zenobia and you can often hear the many tales being told by Instructors and Dive Masters as the are giving their briefings on the boats before the dives. It’s always great to hear the enthusiasm in their voices and to listen to the different twists that they put on them.

No doubt you will hear several different stories about how The Zenobia sank and each one could be true. There are stories that it was an insurance claim, that it was shipping Arms abroad and was sabotaged but the most likely one is that it encountered computer failure.

The Cyprus diving Centre offers many special offers and packages for The Zenobia and if you would like more information about the dive packages, please do not hesitate to conact with any question regarding The Zenobia.

All divers welcome to join us at the Cyprus Diving Centre. Interesting topics to discuss ;)

The Cyprus Diving Centre has been cleaning beaches of Cyprus for more then 10 years. Because we do care!